Was Amraphel (Genesis 14) Hammurabi the King of Ur? 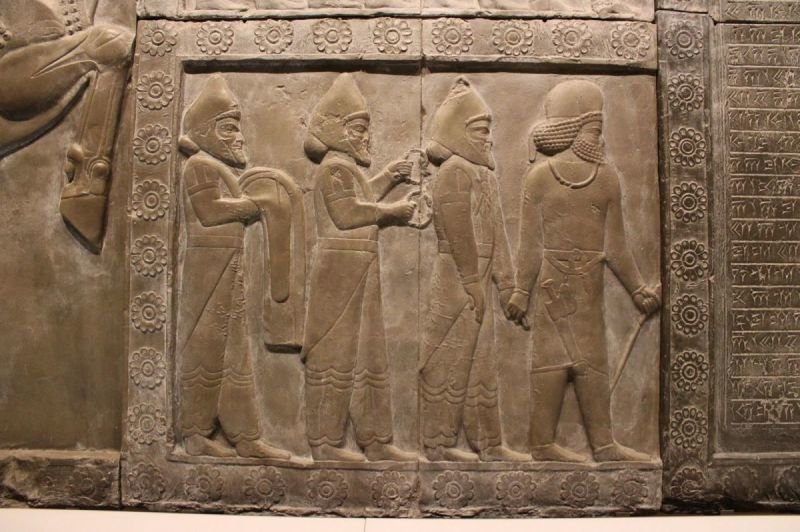 Question: I have a couple of questions about Genesis 14: I heard that King Amraphel, king of Shinar was probably identified as Hammurabi the Babylonian ruler. So that's one question, are they the some person? Question two is that if they are the same person your chronology of Abraham's timeline (on the “Patriarch's Timeline" of the web site,) doesn't agree. For instance, Abraham was born in 1906 BC and was 86 years old when Ishmael was born, making the year 1820 BC but Hammurabi's reign started  in 1792 BC? A good 32 years out. Any thoughts?

Answer: Yes, I have had thoughts about this for quite some time. Firstly, I think the likelihood that Amraphel and Hammurabi were the same person is high. Hammurabi was of Amorite descent and spoke a Semitic language. The Sumerian language was disappearing at this stage, as told in Genesis 11:7 “Come, let us go down and confuse their language.” The Sumerian language has no current successor, the language went extinct. So we can take Sumerian out of the equation. That's helpful because we can see links between Hebrew and the Semitic Amorite and Akkadian languages.

Let's break the name of Hammurabi down:

The second part of the word rabi, or as the Encyclopaedia Britannica remark, the name is “also spelled Hammurapi.” The Akkadian word “rapi” means healer. The Hebrew verb for healer is “rapha”. Reminding us of the famous verse in the Bible which is Exodus 15:26 Jehovah-Rapha: The LORD who heals.

So linguistically the name works in both Hebrew and Akkadian.

The timeline often quoted for the date that Hammurabi began his reign is indeed, 1792 BC - this is the "middle chronology". But there are three timelines that can be used, only one is correct of course. The three possible timelines relate to cuneiform tablets that record observations about the planet Venus rising on the horizon in conjunction with the new moon. The astronomical observations were made during the reign of the fourth king after Hammurabi, so it's easy to work backwards to obtain the time of Hammurabi's reign because we know the length of the reigns. We have modern day expertise regarding the movements of the planets and can check the dates ourselves when Venus and the new moon were in sync during that period. We now know that there were three occasions when Venus and the new moon appeared together. If we extrapolate the three possible dates to the beginning of Hammurabi's reign we get dates of 1848 BC, (long chronology) 1792 BC, (middle chronology) or 1736 BC (short chronology). We can go for either option but if we go with the long chronology then the dates tie in perfectly with Abraham's dates.

Abraham was 86 years old when Ishmael was born and the battle with Amraphel took place shortly before this. So the year would have been around 1822 BC, according to the long chronology Hammurabi would have been in power for 26 years at that point. His reign ended in 1806 BC.

In his book, “Episodes From the Early History of Astronomy,” Asger Aaboe writes, “P. Huber has convincingly shown that only the “Long Chronology” makes sense. So Hammurapi began his reign in 1848 BC."

Abraham
Was The Garden of Eden Story a Parable?
Did Moses Write Genesis?
Is Genesis A Fairy Story?