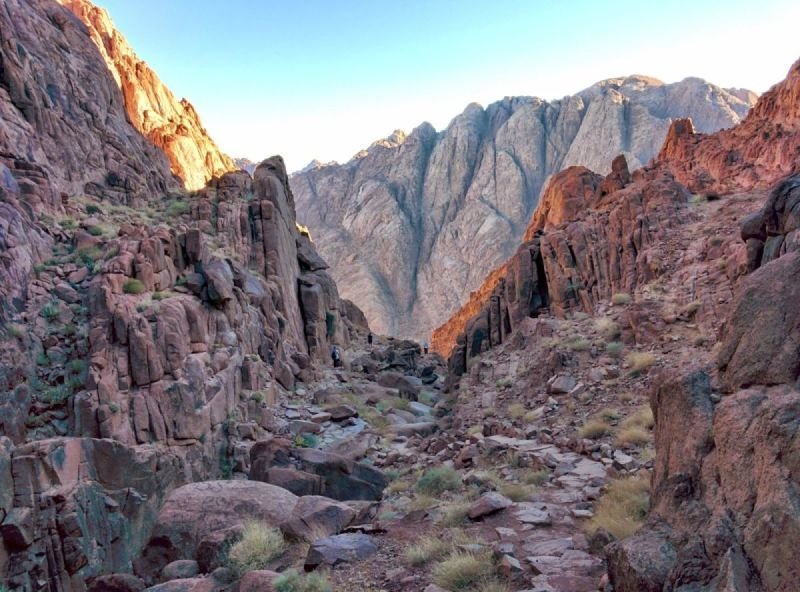 Question: Was it Moses who wrote Genesis?

Answer: If we quickly trace the subject through we'll get closer to an answer.

Writing began in southern Mesopotamia, and that’s where Adam in the garden was based. But it wasn’t until Enoch’s time (seventh in line from Adam) that cuneiform writing began to be experimented with, at least that’s what we’ve gleaned from archaeology so far, there may be more discoveries in the future that push the time-frame back a little further.

By the time of Enoch’s son, Methuselah, who was born in 3863 BC and died in 2894 BC, writing was well underway. Recording information on clay tablets quickly became an established method of passing on information.

Josephus informs us that while Cain and his offspring were growing rich by ending the simple life, Seth was virtuous and had a talent for the science of astronomy. That’s useful because we count years by using the celestial bodies and Adam’s family all have their years recorded in Genesis. A recently translated set of clay tablets revealed that Mesopotamian scholars understood and predicted the motion of Jupiter by using geometric calculations; historians thought that this was not possible until 1400 AD but the clay tablets have proven otherwise. The members of Adam’s family line, up to the tenth generation (Noah) were astute, clever and able to record information. The Mesopotamian people were such prolific writers that half a million cuneiform clay objects have been discovered so far. The theory that Moses could not have written Genesis because writing didn’t exist at that time has been discarded.

Abraham probably recorded events himself - he knew how to conduct business affairs and we know that traders found writing useful because we still have many records of trade from that era and area. We also have a hint in Genesis 26:5 that Abraham had some written records passed on to him from previous forefathers in his family. This seems to be confirmed when Abraham quoted Genesis to the Lord when he said, "Now that I have been so bold as to speak to the Lord, though I am nothing but dust and ashes" (Gen 18:27). Abraham was aware that 'the land produced living creatures' (Gen 1:24) and that Adam was reminded of this in Genesis 2:7 when we read "the LORD God formed man of dust from the ground."

Abraham would have passed the written records on to his son Isaac: “Abraham gave all that he had unto Isaac” (Gen 25:5).

But even if Abraham used word of mouth or what is known as “oral tradition,” he took the job seriously. But it is more probable that Abraham was well acquainted with the southern Mesopotamian cuneiform writing in which receipts were written for "goods received." Abraham was, after all, from southern Mesopotamia.

He passed on to his family members all he knew about the family’s history and all he knew about what God had told him. The Lord seems comfortable entrusting Abraham with passing on the body of God's word garnered so far - "For I know him, that he will command his children and his household after him, and they shall keep the way of the LORD" (Gen 18:19).

So Abraham knew the "way of the Lord."

Abraham’s grandson Jacob knew his family’s history because when Pharaoh asked Jacob his age he said, “130 years.” Jacob may have impressed the pharaoh with his age of 130 but Jacob’s melancholy humour added, “My years have been few and difficult, and they do not equal the years of my fathers,” telling us that Jacob was well aware of his family’s history.

Some years later Moses, who now had the newly formed alphabet at his disposal, formalised the “book,” it seemed the perfect time to assemble the family’s dealings with God and their history. The Lord was interested that his side of the story should be told and gave Moses that task. We get told a few times that Moses was a writer:

Moses had 40 years in the wilderness, and, it seems, he used the time wisely. Traditionally Moses has been considered the writer of the Pentateuch. He collated all the historical information that was given to him from various Israelite families and wrote an orderly account in the first five books of the Old Testament.

Jesus also believed that Moses wrote: "If you believed Moses, you would believe me, for he wrote about me" (John 5:46). Genesis 3:15 points to Christ. There are other verses in Genesis that also refer to Christ.

The prevailing belief among the disciples was that Moses wrote: "Philip found Nathanael and told him, 'We have found the one Moses wrote about in the Law'" (John 1:45).

Moses’ ability got transferred to Joshua: “Now Joshua son of Nun was filled with the spirit of wisdom because Moses had laid his hands on him” (Deut 34:9), so the account of Moses’ death was, apparently, recorded by Joshua.

Moses made sure that the replication of the words he had written would be ongoing throughout the generations: "When he (the king) sits on the throne of his kingdom, he shall write for himself a copy of this law on a scroll in the presence of the Levitical priests" (Deut 17:18).

Was The Garden of Eden Story a Parable?
Is Genesis A Fairy Story?
Genesis 1 and 2 Animals Created Before or After?