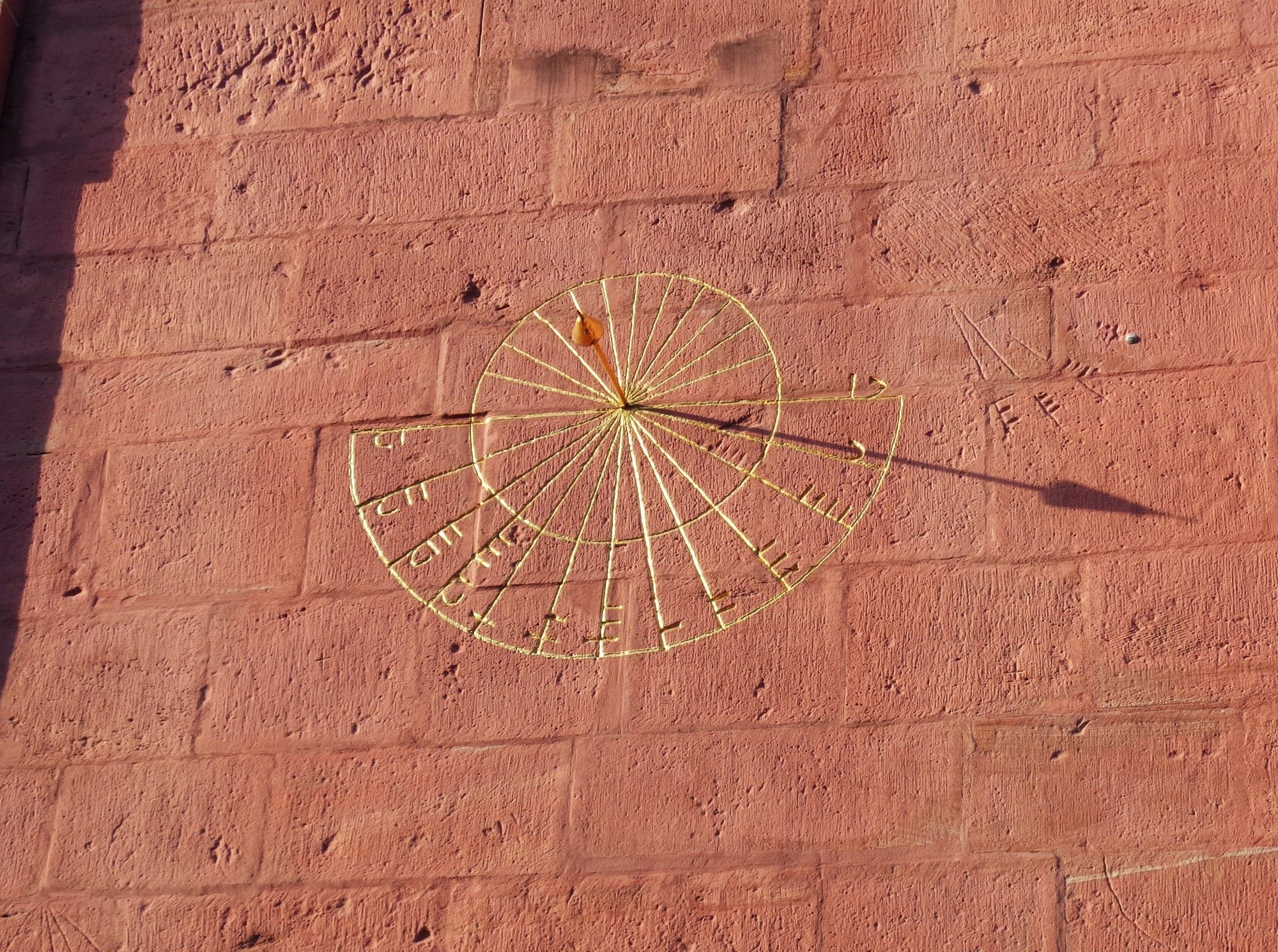 Paul: From a biblical perspective - I take the length of time between important events, we can then avoid problem areas like adding up the Kings or Judges’ timelines, which may overlap with co-regencies and other factors.

The general consensus is that Solomon started building the temple in 966 BC. So that's a good place to start. The Septuagint tells us that the exodus happened 440 years before the building of the temple, (1 Kings 6:1). Then, from the promise given to Abraham in the Mesopotamian city of Ur there were 430 years until the exodus occurred. So that gives us the starting date for Abraham's journey. I then work backwards from the start of Abraham’s journey using the patriarchs' ages when their first child was born.

The 2,900 BC date for the geological flood deposits in Mesopotamia agree with the Bible if we use the Septuagint. So we find that the Septuagint and archaeology concur.

From a geological perspective:

Interestingly: "The Epic of Gilgamesh" was a popular story in Mesopotamia, a number of copies of it have been found around the region. In the story we read that a man named Utnapishtim built an ark in the town of Shuruppak—Utnapishtim means “long-lived.” Josephus tells us that Noah feared being murdered so he and his family moved to a new location. Shuruppak, was a city about 65 miles northwest of Eridu.

Pete: In response to your conclusion about the 430 years in Egypt beginning instead at the time of Abraham's promise, here is what Exodus 12:40 says,

"Now the sojourning of the children of Israel, who dwelt in Egypt was four hundred and thirty years." (KJV)

The time that the sons of Israel lived in Egypt was 430 years. It seems very clear to me. Am I missing something?

Paul: The Israelites didn’t sojourn in Egypt, they were static - located in Goshen. The 430 years starts from when Abraham left the city of Ur, that’s when Abraham began the journey and when he received the promise - and that’s the point Paul makes in Gal 3:16–18 - "The promises were spoken to Abraham... the law, which came 430 years afterward." (The law was introduced in the third month after the exodus).

We should note the wording, “the sojourning” of the children of Israel, who dwelt in Egypt; that is, the sojourning of the Israelite nation. The word “sojourning” includes the first journey made by Abraham from the city of Ur, his journeys in Canaan and Egypt, his grandson Jacob’s journey to Paddan Aram in northern Mesopotamia, and the family’s final journey south into Egypt.

As we are told in Psalm 105:10-13: "He confirmed to Jacob as a statute, to Israel as an everlasting covenant, saying, 'To you I will give the land of Canaan as your portion for an inheritance.' When they were few in number, of little account, and sojourners in it, wandering from nation to nation, from one kingdom to another people."

Some Bibles have a footnote for Exodus 12:40 explaining that the Septuagint and the Samaritan Pentateuch include Canaan, not only Egypt.

"Now the residence of the sons of Israel during which they dwelt in the land, Egypt, and in the land of Canaan was four hundred and thirty years" (Exodus 12:40).

Let us also be careful about the phrase “children of Israel.” This was a name for them as a nation, which included their roots back to Abraham, not only the actual “children” or “offspring” of Israel (or of Jacob as he was also known), because Jacob himself went to Egypt and he can be included in the phrase “children of Israel.” The narrative is telling us that from the time Abraham left his native country and began the sojourning, to the release of his posterity from enslavement in Egypt, totalled 430 years.

The term “children of Israel” includes the people before Jacob too (i.e., Isaac and Abraham). The NIV translates the term “children of Israel” as the “Israelite people” and the Samaritan Pentateuch states, “the sojourning of the children of Israel and their fathers, who dwelt in Canaan and in Egypt, [was] four hundred and thirty years.” Both of the Jewish Talmuds agree, stating, "in Egypt, and in the rest of the lands.'' The time period of 430 years began from the promise made to Abraham, as the Apostle Paul explains in Galatians 3:17.

The root of the Hebrew word used for “sojourning” can also be used for “dwellings” or “settlements” so we could think of Exodus 12:40 meaning “The length of time throughout all the places Abraham and his posterity dwelled from when he first set out totalled 430 years.”

The text of Exodus remarks that the Israelites marched out on the “very same day,” - "At the end of the 430 years, to the very day, all the LORD's divisions left Egypt" (Exodus 12:41), which tells us that Abraham marked that day as special and told his descendants about it too. The date the Israelites left Egypt was 14th Abib (Nisan) 1406 BC, which means that Abraham first started his journey on 14th Abib 1836 BC. (To read a little more on the 430 years see The 430 Years)

Working backwards according to the Septuagint the patriarchal timeline looks like this:

Exodus 1406 BC (The law was issued early in the third month after the exodus).

Abraham received his first promise in the city of Ur. (Gen 12:1) Stephen confirms this in Acts 7:2 -  "Brothers and fathers, listen to me! The God of glory appeared to our father Abraham while he was still in Mesopotamia, before he lived in Haran, and told him, ‘Leave your country and your kindred and go to the land I will show you.’ So Abraham left the land of the Chaldeans and settled in Haran. After his father died, God brought him out of that place and into this land where you are now living."

The sojourning of the children of Israel, who dwelt in Egypt, and Canaan (LXX) was four hundred and thirty years. (Exodus 12:40).

Informing us that Abraham’s journey began on 14th Abib 1836 BC.

Therefore Abraham was born in 1906 BC (He was 70 years old when his journey began.)

Flood 2908 BC (Coinciding with the archaeological and geological flood deposits.)

Shem 3006 BC (Shem was not Noah’s first born - “Noah was 500 years old, he became the father of Shem, Ham and Japheth.” (Gen 5:32) [Shem is mentioned first because he is important to the continuing story. He was also in the genetic line to Christ] Arphaxad was born two years after the flood when Shem was 100 so Noah was 502 when Shem was born. Noah was 600 when the flood came. (Gen 7:6) Japheth’s birth preceded Shem’s birth by two years. Japheth is called "the elder" in Genesis 10:21 and Ham is called the "youngest" in Genesis 9:24.)

Archaeologists have found no signs of warfare among the Ubaid culture based in southern Mesopotamia from 5500 BC to 4000 BC. The houses were elaborate but no overt status symbols were found. The people lived a quiet and simple life. The garden that God planted would have taken time to root and grow etc. so there’s a good margin for Yahweh to have been active from around 5500 BC in that area.

Adam was taken to the garden where he began his job of looking after the trees. "The Lord God took the man and put him in the Garden of Eden to work it and take care of it" (Gen 2:15).

The Ubaid people designed their rectangular temple buildings to align with the cardinal points of the compass. The earliest temple at Eridu had a simple offering table or altar. Adam’s son Abel offered some of the firstborn of his flock as an offering (perhaps on that table,) which pleased Yahweh. Cain brought some fruit of his crops to offer, which didn’t please Yahweh.

The date of 966 BC for the beginning of Solomon's temple seems to work in both directions.

Going backwards in time the date correlates with the archaeological flood stratum of 2,900 BC, plus a number of other events on the way.

Going forward in time from 966 BC, the timeline for Judah's kings also seems to work out. Nebuchadnezzar's siege of Jerusalem, the deportation of King Jeconiah, and Zedekiah enthroned in his place, and the plundering of the city in 597 BC are written about in the Babylonian Chronicles and in the Bible. If we add up Judah's kings' reigns from Solomon we arrive at 597 BC.