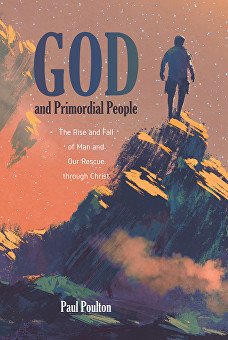 This is Paul’s fourth published book, and it explores further some of the themes discussed in his earlier work “Genesis for Ordinary People” (and to a lesser extent its sequel “Exodus for Ordinary People”). Here Paul explores the origins of man by looking at evidence from primarily the Bible but also from other reliable historical and archaeological stories. It is important to note that Paul is keen to consider what the Bible actually says, not what we think it says, removing the layers of dogma and preconception that may have accumulated over many years of belief, or even unbelief. As the author himself points out in Chapter 24, Bone and Flesh, “We have to take care that current popular doctrines don’t infiltrate the truth of the Bible and ‘death entering the world after the disobedience of Adam in the garden’ is dogma that has entered some quarters of the church. Even Bible translators can be pulled into interpreting, and consequently translating, the Bible in the light of their church’s doctrine rather than what is actually written”. To that end this is not a book to read if you want confirmation of your own preconceptions; Instead, prepare to be challenged and unravelled by this thoughtful, insightful and erudite piece of work.

Once again Paul explores our pre-held notions of who Adam and Eve were, the nature of sin and death, and the very origins of the fall of mankind. Were Adam and Eve the first humans? Paul’s answer is an emphatic no and as you follow the logic of the argument and the evidence presented you are able to arrive at that conclusion for yourself, to see that the Bible never makes that claim and that the original readers of the Biblical texts would never have drawn that conclusion either!

It’s not just about Adam and Eve though. We are shown how the Bible cleverly uses the word Adam to mean both a man and all mankind and in doing so it is revealing a picture of who we are – spotting the correct usage when reading the Bible makes all the difference to your understanding of it. And beyond this, as readers we are taken on a journey through Sumerian culture, the possible relationships between homo sapiens and other homo species (such as Neanderthals) and how God has been with us from the beginning, providing and caring for us and how we turned our back on that to go our own way and how we sought to become self-sufficient in more ways than one. This is another excellent book from Paul and is highly recommended if you want to be able to find answers to some core questions about our origins and the Biblical accounts of them. 10/10. Robin Thompson. Published in Never For Nothing

“In this thought provoking, informative, and well-researched book, Paul suggests ways the biblical record can be interpreted to harmonize with modern scientific thought. I found the ideas presented challenging and left me wanting to study the subject more deeply.”

“A well-researched, thought provoking, and to some, controversial fresh look at the origins of mankind, its rise and fall, culminating in the birth of Christ, the hope for the world and mankind in particular. It is an interpretation of Scripture, science, and archaeology. It will prove a stimulating read regardless of your views. I am finding it both fascinating and challenging to my own personal thinking, and it is causing me to think again my simple views on the matter.”


"The modern world is in a position to view the divine sculptor’s work as no other generation has. Throughout previous generations many people believed that God created life, but preceding generations were not privy to the method and manner in which he worked—his modus operandi. We are now in that position, thanks to the fine work of archaeologists, geologists, paleontologists, and scientists, some of whom have faith in God: the Big Bang Theory itself was first proposed by a Christian priest, who was also a scientist.

This explosion of verifiable information affects the way we view the Bible. God and Primordial People investigates and provides a cohesive picture of the Christian doctrine of the rise and fall of man and our salvation through Christ.

The book moves through each relevant step in the chain from the first primordial human beings to the world we live in today."

Published by Wipf and Stock