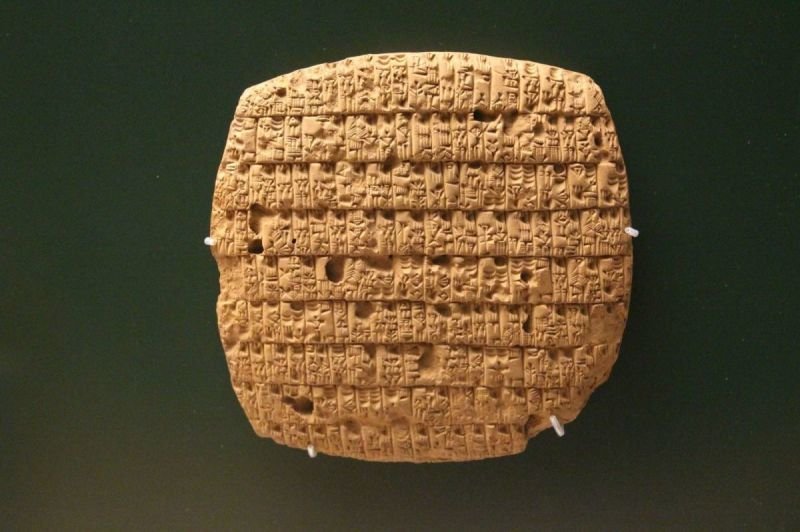 Question: Is it really true that the “five cities of the plain” are mentioned on archaeologically excavated tablets from Ebla?  Alan Millard Professor Emeritus of Hebrew and Ancient Semitic languages at the University of Liverpool says not?

Answer: There is some disagreement about the claims of Sodom and Gomorrah etc. being written on the tablets found in the ancient kingdom of Elba. In 1976 the epigrapher for the expedition, Giovanni Pettinato, stated that a tablet had been found at Ebla containing the names of all five of the Cities of the Plain (Sodom, Gomorrah, Admah, Zeboim, and Bela), listed in the same order as in Genesis. The 17,000 tablets are now kept in three museums in Syria.

I read an article by Alan Millard some time ago and he’s certainly a respected professor of languages, but I spotted something with his analysis about Sodom and the Ebla tablets that conflicted with what I'd read on a Syrian site that talks about the Ebla tablets. The Syrian site says, “The tablets tell of an 'empire' and names many areas under the control of Ebla, such as Sinai, Assyria, Lebanon, Cyprus, Carchemish, Lachish, Gaza, Hazor and others.” Alan Millard says that the name ‘si-da-mu’, which was identified as Sodom by Giovanni Pettinato, isn’t Sodom as mentioned in the Bible because the Sodom that Genesis speaks of is too far south.

Alan says, “Did the scribes also know of places some way to the south, stretching through Syria into Palestine? Unfortunately, the answer is no.”

Yet the Syrian site states that not only did Ebla’s influence reach into the Palestine area but it also reached as far south as Sinai, which is a long way further south than Canaan. Also Alan doesn’t give us an alternative translation to ‘si-da-mu’.

Translators of cuneiform are not easy to come by. There are over 100,000 unread cuneiform tablets in museums and collections and a relatively tiny number of cuneiformists working on them. We may possibly get some misinformation from time to time and conflicting translations, but in time, if we are patient, further light will be shed and our picture of the past will be more accurate.