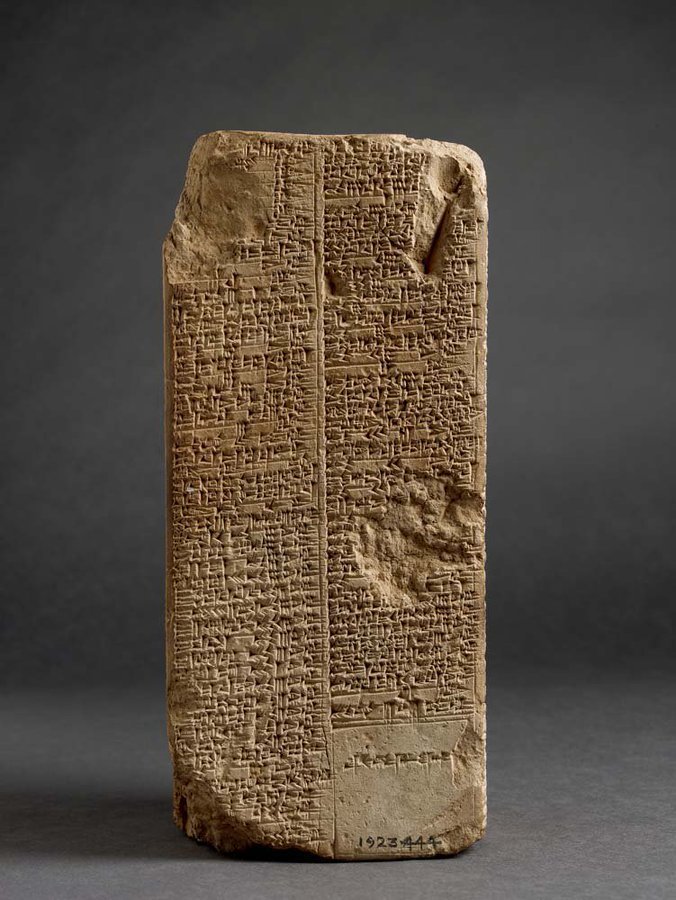 Answer: The record passed down to us through Abraham, Moses and the scribes assigned to the task of preserving the Scriptures contains the exact years that Adam and his family lived because Adam was aware of how long he’d been alive. Adam was raised at close quarters to the Lord God - Yahweh, and the Lord informed Adam and Eve of everything that they needed to know - including the years of Adam's life. "Hear me, you heavens! Listen, earth! For the LORD has spoken: 'I reared children and brought them up'" (Isa 1:2).

Seth was aware of how long he'd lived because his father Adam told him, and so too, were all of Adam’s successors right up to the Flood - each one knew his own age.

Yes, out of the ten patriarchs from Adam to Noah, seven of them lived to be over 900 years old. This information was passed along the family line all the way to Abraham and Moses etc. They wrote down the exact amount of years Adam’s family members lived, which we have preserved for us in the Bible.

Adam's genetic line to Noah ran along side the southern Mesopotamian "Ubaid culture 6500–3800 BC" and the "Sumerian civilisation  4500–1900 BC."  However, people from the Ubaid culture and the Sumerians, who had normal life spans, may have found it hard to know exactly how long Adam’s family members were alive.

Adam's descendants may have been thought of as chiefs and kings owing to their long years. From Seth to Lamech, Genesis 5 informs us, were eight generations which seems to coincide with the eight antediluvian kings mentioned in the Sumerian King List. The Sumerian King List splits the list into antediluvian and postdiluvian: "Then the flood swept over" - "After the flood had swept over."

Adam lived to be 930 years old, that means if the average Sumerian man lived 75 years there would have been 12 generations of Sumerians during Adam’s lifetime. Adam may or may not have shared with the local Sumerian people how long he’d been alive. Let’s say that Adam only told his son Seth and Seth only told his son Enosh and so on all the way to Abraham and Moses who recorded the precise information. That means the Sumerians would have to get the information of how long Adam had been alive from their own fathers who got it from their fathers and so on. If that was so, then the exact years Adam had lived, according to the local Sumerians, may not be anywhere near as accurate as the information that was passed through Adam’s family itself.

The Sumerians knew Adam and his family lived long, but how long, was not so easy for them to quantify. The method they had of measuring time using Sars plays an important role too. Strictly speaking a Sar is 3,600 years. But Irving Finkel, who is an Assyriologist at the British Museum, explains that although Sar means 3,600 the Mesopotamians could use it to mean any number which is large. For instance, today we use the word “myriad” to mean any number which is massive; although strictly speaking myriad means 10,000. The Sumerians might say, “may the moon god keep you well for a Sar, (3,600 years),” which means may you enjoy good health for a long time. Or we may say, “I looked up at the night-time sky and saw myriads of stars." Both examples mean many.

So to sum up: The exact record is preserved in Genesis but the Sumerian King List may give us glimpses of how other generations who were living at the same time passed the information on to their children. A Sumerian father may say to his son, "I’m not exactly sure how long the chief of Eridu has been alive but he was alive when my grandfather was, and his grandfather before him." So when it was written down in the Sumerian King List several Sars were assigned to the kings before the Flood, to show the enormity rather than the accuracy of their length of life.