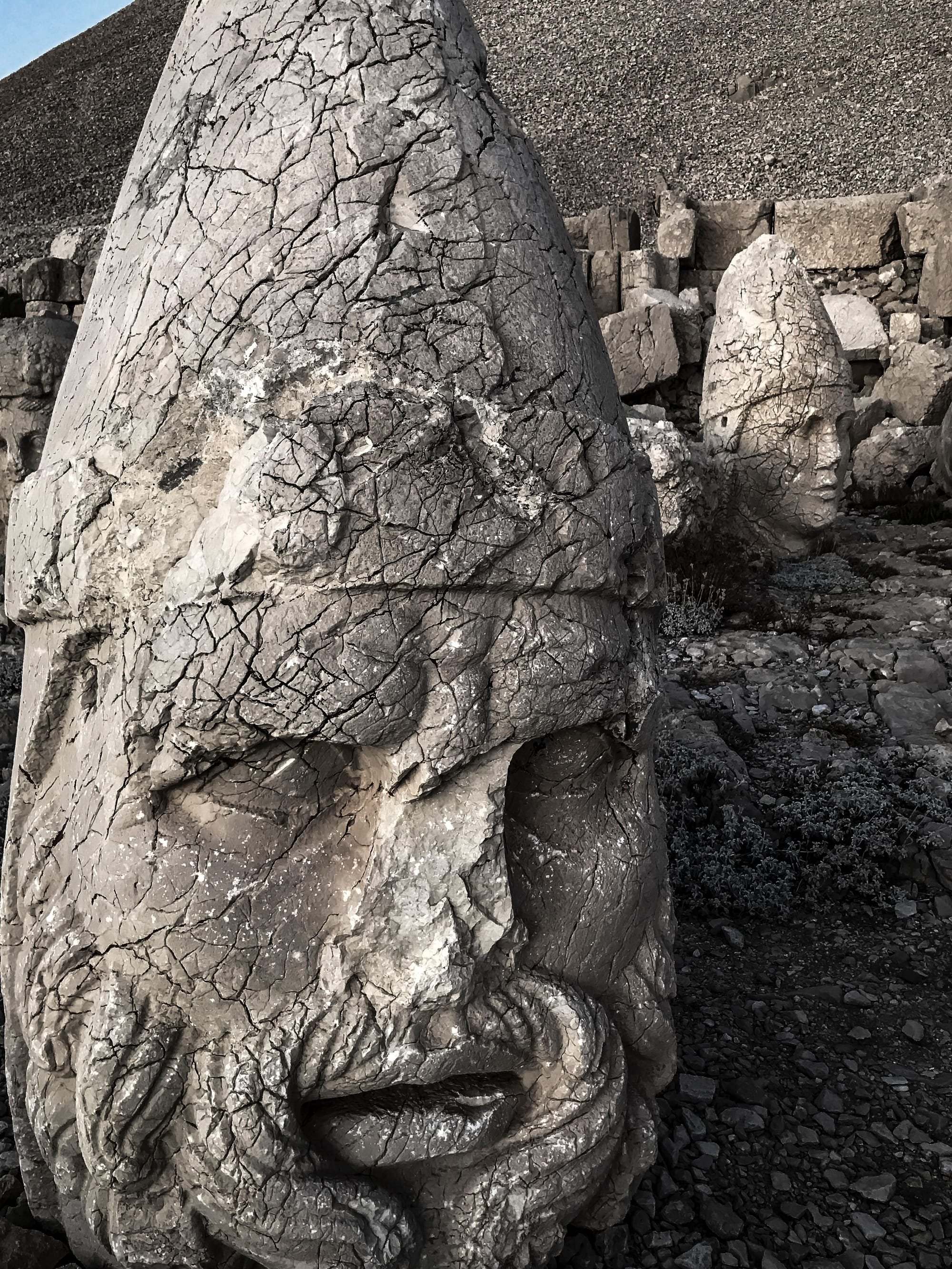 Question: What was Cain's mark?

Answer: If we can go back a little in the story we may get close to the answer.

To say that Cain was crestfallen might go someway to explain his subsequent behaviour, but in reality we seem to be seeing a mood swing of grand proportions, similar to King Saul who, once upset, tried to kill the young hero David.

Perhaps because the benefits of being part of Adam’s offspring were lofty, if the axis turned then the negative aspects could be very low indeed, so much so that Yahweh, being the Father that he is, took Cain under his wing and said, “Why is your face downcast?”

Most of us have been spoken to like this by someone who is older and wiser than we are. “What’s the problem here?” God goes on to tell Cain that if he lives righteously he will be accepted, there is nothing to worry about.

Yahweh was showing friendship to Cain. If we fail to warn someone who is heading for trouble, what kind of a friend are we?

So Yahweh gives Cain some excellent advice, especially knowing that there’s a serpent crawling around looking for prey. God entreats Cain to be strong, coupled with instruction for him to master the feelings of jealousy and anger he is struggling with: “Because sin is crouching at your door and desires to have you.” A stark warning; what else could Yahweh do?

We have freewill, it can be a marvellous gift or a heavy burden, we must choose. And Cain chose - with malice aforethought he pretends friendliness and leads Abel to a spot where he thinks no one will see, and kills his brother.

Later Yahweh comes along and asks if Cain knows where his brother is. Then we get to hear Cain’s curt and discourteous reply, "'I don’t know,' he replied. 'Am I my brother’s keeper?'” (Gen 4:9).

Cain seems to be using a colloquial expression of indignation that he’s heard people say. We have similar expressions in the modern world.

Then something happened. We don’t know how much Cain knew of Yahweh’s abilities, maybe if he’d have known a little more of Yahweh’s power he would have at least feigned respect, albeit more through fear than love. Little did Cain seem to know that Yahweh can hear cries from beyond this material world, Abel, though taken from this scene of space-time, was able to appeal. Yahweh, as if startled, exclaims to Cain, “Listen!” (Gen 4:10 niv).

Can Cain hear it too? I think we can safely say that Cain could not hear it, but Yahweh certainly could. Justice and holiness are a part of God’s nature, without it we cannot see the Lord. “Make every effort to live in peace with everyone and to be holy; without holiness no one will see the Lord” (Heb 12:14).

Cain had made no effort; in fact the opposite was true and now he would not see the Lord. Corruption is not a part of God’s kingdom and Cain, like his parents, has not been able to follow God’s command. Abel’s blood was crying out to God. The “life” is in the blood (Lev 17:11). Abel was from Adam’s stock, which had the sublime “life” in it leading to the birth of the Son of God. How much more would this blood cry out for justice?

So far, of all the people Genesis chapter 2 through to chapter 4:12 tells us about, all but one have let him down. The only one who has brought joy to the Lord is now dead.

Cain can no longer stay on the ground that received his brother’s blood, he can no longer work the local fields. He is going to be a restless wanderer. Cain protests: “Behold, thou hast driven me out this day from the face of the earth; and from thy face shall I be hid; and I shall be a fugitive and a vagabond in the earth; and it shall come to pass, that every one that finds me shall slay me” (Gen 4:14 kjv). We can see from this statement what Cain meant by the “face of the earth” or “face of the ground.” He meant the locality in which he had been living. He would now be a wanderer on earth.

Secondly, he was greatly worried for his life. He thought he had got away with murder, but Yahweh had hidden resources to help with detecting crimes. The area in which Cain lived was becoming civilized; there were laws and there were sentences when laws were broken. We know of Mesopotamian legal systems from around the late third millennium BC.3 There would have been others of an earlier date, as laws tend to get built up over time and amended as they are put into practice. The code of Ur-Nammu is written on tablets that we still have today, the first law being, “If a man commits murder, that man must be killed.” This is why Cain was worried for his life.

Southern Mesopotamia had the first recognizable civilized city-states where people manifested the cooperative effort necessary to make urban life possible. The early Sumerian cities were characterized by a high degree of social and economic diversity giving rise to artisans, merchants, priests, bureaucrats, and for the first time in history, professional soldiers.

It’s plausible that Abel was well liked in the local communities. Local people would have known him as one of the wise and long-living people, who wasn’t afraid to work hard as a herdsman. Now that the news was out he’d been killed they were likely to want to drag the perpetrator off to court to be tried.

So Yahweh put a mark on Cain. It was common practice for people of Mesopotamia to wear a stamp or cylinder seal that was made of colourful hard stones. They were worn suspended from wrists, and were pierced through so they could be hung from a necklace too. They were used as administrative tools and identity seals; the stamp would leave an impression on soft clay so the information it contained could be distributed to an area easily, much like we use a photocopier today. The cylinder could be rolled along soft clay so that the picture, symbol, or writing that was on the cylinder would leave its impression, the clay would harden, and a document would be the finished result. Women wore their husband’s seals to the grave, and men did likewise, more as a romantic gesture than anything official.

This important administrative practice had its origins in central and northern Mesopotamia as early as 7000 BC.

Later in Genesis we find that Jacob wears a seal that’s attached to him by a cord. And the book of Job also makes mention of clay taking shape under the imprint of a seal. Cain’s case had been to trial and judgement had been made and sentence passed by the highest judge in the land. So it was probably something like a stamp or seal that Cain had put upon him, so that if someone tried to take him before local judges he had a legal document to say he’d already been tried.

There’s a similar picture in Deuteronomy where God says, “These commandments that I give you today are to be on your hearts. Tie them as symbols on your hands and bind them on your foreheads.” The Hebrew word for “symbol” is the same word as “mark” that’s used for Cain.

But would God write on a piece of stone and give it to someone? Well, some years after the incident with Cain that’s exactly what happened, God wrote on two tablets and gave them to Moses.

Cain’s mark didn’t secure his life; it was only an aid. God had said that if anyone killed Cain he would suffer vengeance seven times over.

Cain travelled away unable to see Yahweh anymore as his sentence dictated. Cain’s punishment didn’t include the loss of special attributes assigned to Adam’s family, he didn’t lose his intelligence or strength as we read that the next project he undertakes is to build a city, which he called Enoch, named after the child that was born while he was building it. See Cain's City

The record of Cain’s line ends with Lamech’s family, who was also a killer and threatened unparalleled vengeance on anyone who tried to bring him to justice.

It could be that Lamech killed Cain as well as others, hence Lamech took upon himself Cain’s mark poetically squared—seven times turned into seventy seven times. Or perhaps Lamech had killed that many people that Cain’s “seven times” was nothing compared to his achievements. Lamech also broke with the established order that God had shown to Adam and Eve of one man marries one woman, which was also the custom of the surrounding people.

Lamech’s son Tubal-Cain instructed men in the ways of forging metals (so Lamech had a good supply of weaponry), his two other sons taught how to look after livestock and how to play music. 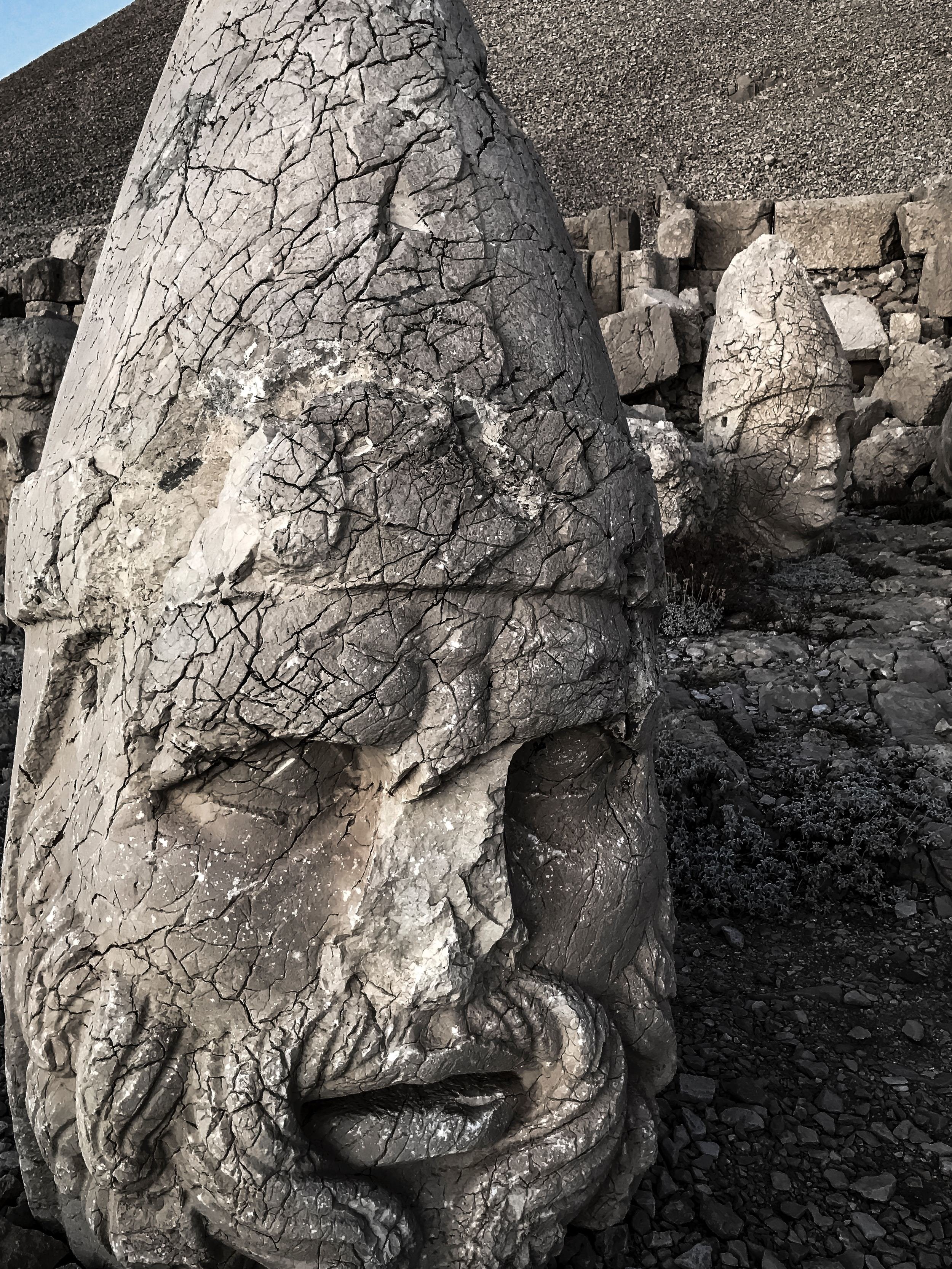