So Who Were the People Before Adam? 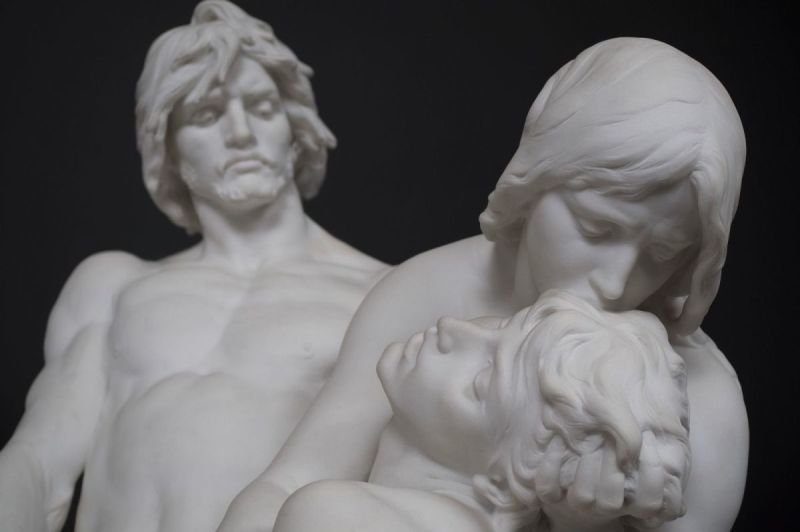 Answer: Genesis chapter 1 informs us that

The Hebrew word for mankind is “adam”. Both male and female were called "adam". Adam is a plural word. We know from science that there were quite a few adam in those early days of humanity and they were, as Genesis chapter 1 states, male and female. They were under an edict from God to “fill the earth, and subdue it” (Gen 1:28), which they did because we can see the evidence they left behind, (The Palaeolithic Period).

But Adam can also be used in a singular sense too, much the same as the word "human" - "I am human" singular, "We are human" plural.

In Genesis chapter 2, when we are told that God took one of the Adam and put him in a garden, Adam is being used in a singular sense. The woman in Genesis 2, was called Eve not Adam.

Genesis chapter 2 informs us about humans settling down and learning how to cultivate crops, (The Neolithic Period). "Therefore the Lord God sent him forth from the garden of Eden, to till the ground from whence he was taken" (Gen 3:23). All living creatures on earth have been "taken" from the ground: "And God said, 'Let the land produce living creatures'" (Gen 1:24). That's why Abraham said, "I am nothing but dust and ashes" (Gen 18:27). Adam in the garden was no different to us - God took him (and us) from the ground.

When we read that “death reigned from Adam to Moses,” we acknowledge that fact because the many Adam that God made in Genesis chapter 1 did in fact die. They were called Adam too.

Physical death helps us understand that spiritual death is what the Bible is concerned with. "The soul that sinneth, it shall die" (Eze 18:20). Without salvation we are "dead in our transgressions and sins" (Eph 2:1). If living creatures had not died then God saying, "the day that you eat of it, you will surely die” would make no sense, because no one would know what death was.

“They are darkened in their understanding and separated from the life of God because of the ignorance that is in them due to the hardening of their hearts” (Eph 4:18).

At some point mankind left the righteous path that God intended for them - "God created mankind upright, but they have gone in search of many schemes" (Eccle 7:29), and as the apostle Paul points out in Romans 1:24 "Therefore God gave them over in the desires of their hearts to impurity."

When we read, “For as in Adam all die, so in Christ all will be made alive.” We understand that Adam in the garden makes the point that we all sin. He was portraying the fact that people, including many of those before him, and all of those after him, (excepting Jesus) sin.