Have We All Descended From Noah? 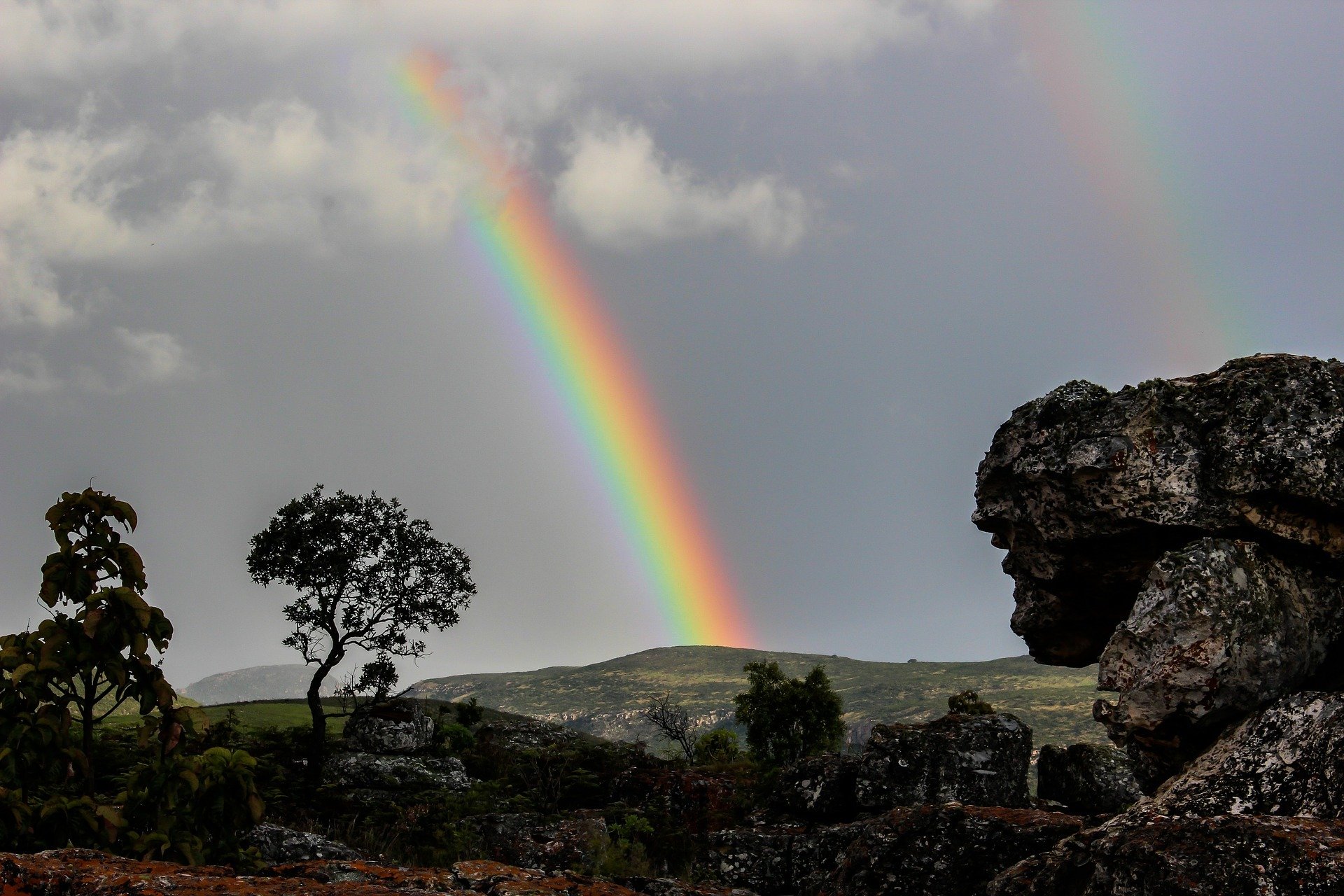 Question: Daniel asked an interesting question - “I’m confused, were not the Sumerians, like everyone else, supposed to have descended from Noah?”

Answer: We find that Genesis agrees with modern discoveries about our genetic history. A quick look around the world will show us that we did not all descend from Noah and his three sons Shem, Ham and Japheth. And that is before we begin to enquire about the excellent advances that have been made in genetics, archaeology and palaeontology informing us about our predecessors' history. Palaeogenomics is the study of ancient genomes, a field that is providing us with understanding of the genealogical history of Homo sapiens.

The Bible also explains our ancestry, and we find that science and Scripture agree. "Be fruitful and multiply, and fill the earth, and subdue it" (Gen 1:28). The mass of genetic information currently being analysed confirms the migration of Homo sapiens across the continents, in line with the directive in Genesis to "fill the earth".

Our ability to recover and analyse DNA has increased dramatically since the human genome was first sequenced. When living cells die their DNA doesn’t immediately disappear, meaning that the DNA of ancient dead people can still be found. So we know far more than previous generations about the genetic history of human beings.

After the Flood the Sumerian speaking people again came “from the east,” as the King James Version puts it -  "And it came to pass, as they journeyed from the east, that they found a plain in the land of Shinar; and they dwelt there" (Gen 11:2). So, if they came from the east to southern Mesopotamia they did not descend from Noah. (Noah disembarked in the Ararat region - Greater Ararat reached down close to northern Mesopotamia. The Ararat hills and mountains start about 18 miles northeast of the modern city of Mosul.)

There were some Semitic people who had obviously descended from Noah, i.e. Terah and his family that included Abraham. Terah’s family travelled from the west and ended up in the southern Mesopotamian city of Ur.

There was more than one reason for the Flood. Adam’s clan was getting out of hand, God said he was sorry he’d even put man (Adam's family) on the earth. "And it repented the LORD that he had made man on the earth, and it grieved him at his heart" (Gen 6:6). Something had to be done and the Flood was the answer.

The Flood was mainly to free the earth of Adam's descendants, because they had gone seriously bad. Every thought and inclination of their hearts was evil all the time. Secondly, the hybrid Nephilim could also be largely destroyed, but not all of them would be wiped out as Genesis 6:4 explains that some of them were around after the Flood too. - "The Nephilim were on the earth in those days, and also afterward."

Later when Moses chose twelve men to investigate the land of Canaan, he told them “Go and see what the land is like,” And the men did so. When the twelve explorers came back ten of them relayed what they had seen, confirming that the promised land was a good land, but there was a problem:

“We can’t attack those people; they are stronger than we are” they said, adding, “the people we saw there are of great size. We seemed like grasshoppers in our own eyes, and we looked the same to them”.

Included among the large people of Canaan were three famous giants, they named the three, “Ahiman, Sheshai and Talmai,” they were direct descendants of Anak, who was a descendent of the Nephilim spoken of in Genesis chapter 6. So we see a straight genetic line through from before the flood.

"Arba was the forefather of Anak. From Hebron Caleb drove out the three Anakites—Sheshai, Ahiman and Talmai, the sons of Anak" (Josh 15:13-14). "We saw the Nephilim there (the descendants of Anak come from the Nephilim)" (Num 13:33).

God sent Caleb and the Israelites (among others) to track them down and one of the last of them to go was named Goliath who was killed by a boy named David.

Some people used to talk about a global flood, (and some probably still do) but this is an addition to what we have in the Bible, the word “global” isn’t there, neither is “worldwide” or “universal.”

Genesis informs us about the depth of the flood waters. The KJV says that “Fifteen cubits upward did the waters prevail; and the mountains were covered” (Gen 7:20). The Septuagint also helps us understand that the waters were 22 feet high from the ground and because Mesopotamia is a largely flat landscape, any hills there were also covered.

Let's also understand that the word for mountain in Hebrew is the same as hill or hill country, and the hills are not high.

The Tigris-Euphrates basin is extremely flat, and the area is an alluvial plain, which means periodic floods have always occurred every now and again. In spring the snows in the Turkish mountains would melt and the levels of the two rivers, Euphrates and Tigris, would be raised, and some years the rivers would break their banks because the area is so flat. There would be natural levees around where villages, towns, and cities could be built; they would be on slightly higher ground. The cities had to be built on the turtle-back levees because the flood plains would be swampy for some time after a flood.

If torrential rain fell in Mesopotamia, and on the mountains of Syria and Turkey, and also in Saudi Arabia and Iran, the tributary streams from these countries would all contribute their volumes of water to the flood plains of the Tigris and Euphrates Rivers. We know from the Genesis account that there was a southeast wind because the ark travelled northwest, so if the waters of the Persian Gulf were being blown upstream onto the flat lands of Mesopotamia, the rain water and elevated river levels would have nowhere to drain. The cities that were built on the turtleback natural hills would soon be covered with water, and the people in the cities would have nowhere to run because the plains were covered too.

The watershed for the two rivers reaches over 1600 km east to west from the Persian Gulf through to Syria and Turkey, and north to south 1000 km. Because Mesopotamia is narrower in its southeastern region the waters would be pushed into this area like a bottleneck causing the level to rise higher. This is the area where Adam’s children lived, Cain’s Uruk (Enoch) was there, and furthermore if Adam’s children were there, then so were the nephilim, because they wanted the daughters of Adam; they were all scattered around the cities of lower Mesopotamia.

Excavations have revealed “flood clay” five feet thick at Uruk. Flood deposits seven feet thick are also reported as far northwest as the ancient city of Kish. The artifacts of human life suddenly disappear in the flood layers, but can be found below and above them. The consistent date for the flood deposits at the Mesopotamian cities of Ur, Kish, Shuruppak, Uruk, and Lagash is 2900 BC.

Most hills in this region that are as much as 15 meters high are more than 95 km away from the river levees. Therefore, when Noah looked out of the one cubit gap between the upper deck and roof he would see only water in all directions. “and the waters prevailed exceedingly upon the earth; and all the high hills, that were under the whole heaven, were covered” (Gen 7:19) - as Noah looked at the horizon, 360 degrees of it (“the whole heaven”), the land was entirely covered in water. Noah would have measured the depth of the waters, he was a builder, craftsman, and an excellent engineer, so measuring the depth of the waters as the ark floated upon them was something he would want to know and something he was capable of finding out. He concluded the depth to be 22 feet.

We see a similar scenario in the New Testament, we ought not to think that the "world view" they had was the same view that we have. Science has taught us much about the solar system and the place of planet earth within in it. What the Old or New Testament writers meant by the “world” is different to ours.

For instance, in Luke 2:1 we read, “And it came to pass in those days, that there went out a decree from Caesar Augustus, that all the world should be taxed.” That is how the King James Version phrases the verse, and the wording is faithful to Luke’s Greek manuscript. However, we know from historical records that Caesar Augustus did not have any jurisdiction over countries like China, who at that time had a nine-year-old male by the name of Ping of Han as emperor. There were numerous countries that were not under Roman rule. South America had tribal chiefdoms called the Nazca culture, existing between 100 BC and AD 800, and these chiefdoms were not affected by the decree sent out by Caesar Augustus. Many other countries of the world were unaffected, far too many for me to mention. That is why some modern translations of the Bible add a word to Luke 2:1 that is not in the Greek manuscript, and the word they add is “Roman.” The NIV says, “In those days Caesar Augustus issued a decree that a census should be taken of the entire Roman world.”

We read in 2 Peter 3:6 speaking of Noah’s time, “By these waters also the world of that time was deluged and destroyed.”

The word for “world” that Peter uses is kosmos.

Strong’ Concordance explains that kosmos is an “harmonious arrangement or constitution, order.” So in Noah's case we are talking about the order of the city states which began to assemble themselves together in Mesopotamia.

We get our modern word “cosmetic” from the same word “kosmos”. Ladies who use cosmetics see it as applying “order” to their face. We use the word “cosmetic” to mean something on the surface or not deep. In 2 Peter 3:3 we read “Your beauty should not come from outward adornment.” The word “adornment” is kosmos in Greek.

The phrase “the world of that time” needs to be put into context of the life and times of the culture of that day.

Noah's Family Noah
Was The Garden of Eden Story a Parable?
Did Moses Write Genesis?
Is Genesis A Fairy Story?