Genesis 1 and 2 Animals Created Before or After? 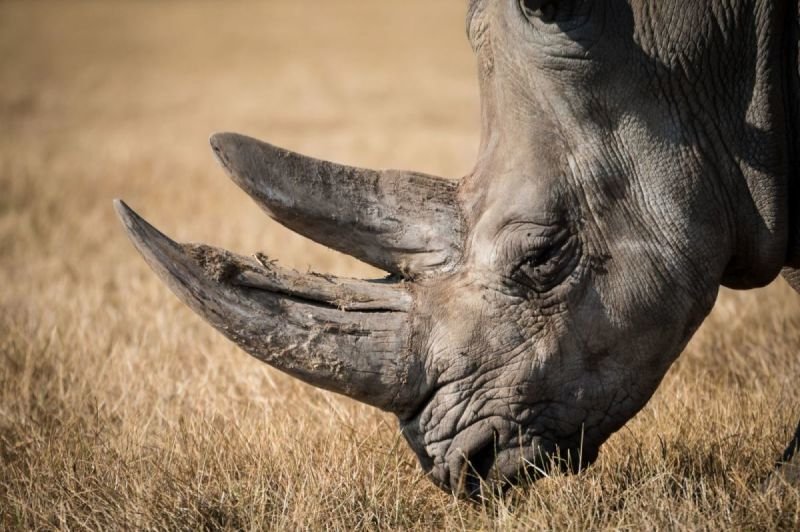 Question:  I’ve heard a few people say that the Book of Genesis has two contradictory creation accounts: the first is found in chapter 1 when God created the animals first and then man. The other account is in chapter 2 when he created Adam first and then the animals. Are there two creation stories in Genesis?

Answer: When God mentions that he made man in Genesis chapter 1, he made man in the plural sense; God made humans, he made them male and female, and he called them "adam". (The Hebrew runs like this: "Let us make adam in our image" Gen 1:26.) In chapter 2 God breathes into a particular human and places him in the garden his name was Adam.

A few supporters of the Bible say, “Chapter 2 is just a repeat of chapter 1.” But chapter 2 stands up on its own without anyone needing to prop it up. Chapter 2 is not another version of chapter 1, it moves the narrative forward in a natural chronological order. Normally, in a book, chapter 1 begins a story and chapter 2 takes the story further forward, Genesis is no different.

Genesis 1:24 says, "God said, 'Let the land produce living creatures.'" Human beings are living creatures, we came from the ground along with all the animals. Genesis chapter 1 goes on to explain that humans had God's image bestowed upon us but the animals did not.

Genesis 2:7 speaks of Adam who would be taken to the garden, "The LORD God took the man, and put him into the garden" (Gen 2:15). The text reminds us of our humble beginnings by saying, "And the LORD God formed man of the dust of the ground" (Gen 2:7).

Abraham called himself dust and ashes (Gen 18:27), and in times of sadness people in the Old Testament would throw dust on their heads. It’s a reminder that we are all made from the dust of the earth and to that dust we must return. Man was made from the ground and so were the animals; it’s not just Genesis chapter 2 that reminds us about that.

Genesis chapter 1 lays the foundation that animals and men came from the ground; we share a common root with the animal kingdom. "Then God said, “Let the earth bring forth the living creature according to its kind... Then God said, “Let Us make man in Our image" (Gen 1:24 & 26). The animals came first and humans came at the completion of the procedure - a point that science makes and Genesis confirms. We are reminded that living creatures came from the earth at various points in the the rest of the Bible.

Human beings do, as we have said, have the image of God upon us whereas the animal kingdom does not.

In chapter 2 God places a man in the garden who, like all men, had come from the dust of the ground.

Confusion arises in some people’s minds when they read Genesis chapter 2 because biblical Hebrew doesn’t have a pluperfect tense—a fact important for the Bible student to remember. Critics say that Genesis chapter 1 has the animals created before humans but chapter 2 has a human created before the animals; however, that objection disappears once we take into account the absence of pluperfect tense in Hebrew.

Early Hebrew states the completion of an event but leaves the time of the event to be inferred by the context. “Context is king” is a saying that some Bible translators like to use; they say it because it’s true. Hebrew tenses do not convey the time but simply the state of an action. Genesis 2:7 (kjv) says, “And the LORD God formed man of the dust of the ground, and breathed into his nostrils the breath of life; and man became a living soul.” This means, “The LORD God, who had previously formed man of the dust . . . ” which is the same as Genesis 2:19 that says, “And out of the ground the LORD God formed every beast of the field, and every fowl of the air; and brought them unto Adam to see what he would call them.” The meaning being that the Lord God had previously formed the beasts that we read about in Genesis chapter 1. That's why some Bible translations add the word "had" - "Now the LORD God had formed out of the ground all the wild animals" (Gen 2:19 NIV). We can do the same with Genesis 2:7 when the man is mentioned, the King James Version says this, "And the LORD God formed man of the dust of the ground." Yes, the Lord God had formed this man (and all of us) from the dust of the ground.

Genesis finds another way of helping us understand the text and that is by believing what is written. If we are looking for faults (using our modern writing techniques perfected by centuries of punctuation) we can find them. But if we believe what Genesis relates, then everything falls neatly into place because “context” makes the story plain. The animals had already been created in chapter 1 before the man was created so we must be using the pluperfect tense when the animals are spoken of in chapter 2.

The writer of Genesis is expecting us to put our own mind into gear when we read his words. Genesis chapter 2 naturally follows chapter 1 chronologically, once we grasp that then the events described in Genesis fall into place historically, scientifically, geographically and theologically.

Genesis 2:7 reminds us that, yes, God had made men (Adam plural) from the dust of the ground just as he had made the beasts. We then begin to hear about one particular man (Adam singular) whom God takes, or travels with, to the garden he had planted.

There is another way to view the forming of the man in Genesis 2 - what takes place in the garden of Eden has layers to its narrative. When we read in chapter 2 that the Lord God formed man from the dust of the ground, we can view it in three complimentary ways—yes, we read in Genesis 1 that God did originally cause the land to produce living creatures; that’s one way we can view it.

The second way that Adam, the man, was formed, or as we may put it these days “formatted,” was for the specific purpose of God’s Son being born of human offspring. Luke's genealogy of Christ (Luke 3:23-38) goes all the way back to Adam, the man in the garden: "Your first forefather sinned" (Isa 43:27), the Lord explained to the Israelites. In the same way the Lord "formed" the chosen people: "This people have I formed for myself" (Isa 43:21).

Thirdly, we can view “the Lord God formed man from the dust of the ground” in Genesis 2 as the Lord God forming the “character” of Adam, particularly while Adam is going through his early years. All parents have a part to play in forming the character of their children. The word “form” is not used in Genesis 1 when we read that living creatures were created from the ground. The Hebrew word used for “form” relates to the way a potter forms a piece of pottery. In Jeremiah we read, “Can I not do with you, Israel, as this potter does?” declares the Lord. “Like clay in the hand of the potter, so are you in my hand, Israel” (Jer 18:6) - "To mould into a, form, as a, potter" (Strong's). In this verse the Lord is talking about forming the character of the people, he wants to form their hearts to be like his own righteous heart. The Hebrew word for “formed” is yatsar and is used when speaking of forming the people of Israel’s character. That process started with Adam who was their forefather. Yatsar is the root word in Genesis chapter 2 and in Jeremiah chapter 18. So forming someone’s character, personality, or spiritual qualities is another way we can view the phrase, “the Lord God formed man from the dust of the ground.” God "formed" the man who originally came, like all living creatures, from the dust of the ground.

Genesis 1 & 2
Was The Garden of Eden Story a Parable?
Did Moses Write Genesis?
Is Genesis A Fairy Story?