Fallen People On A Fallen Planet 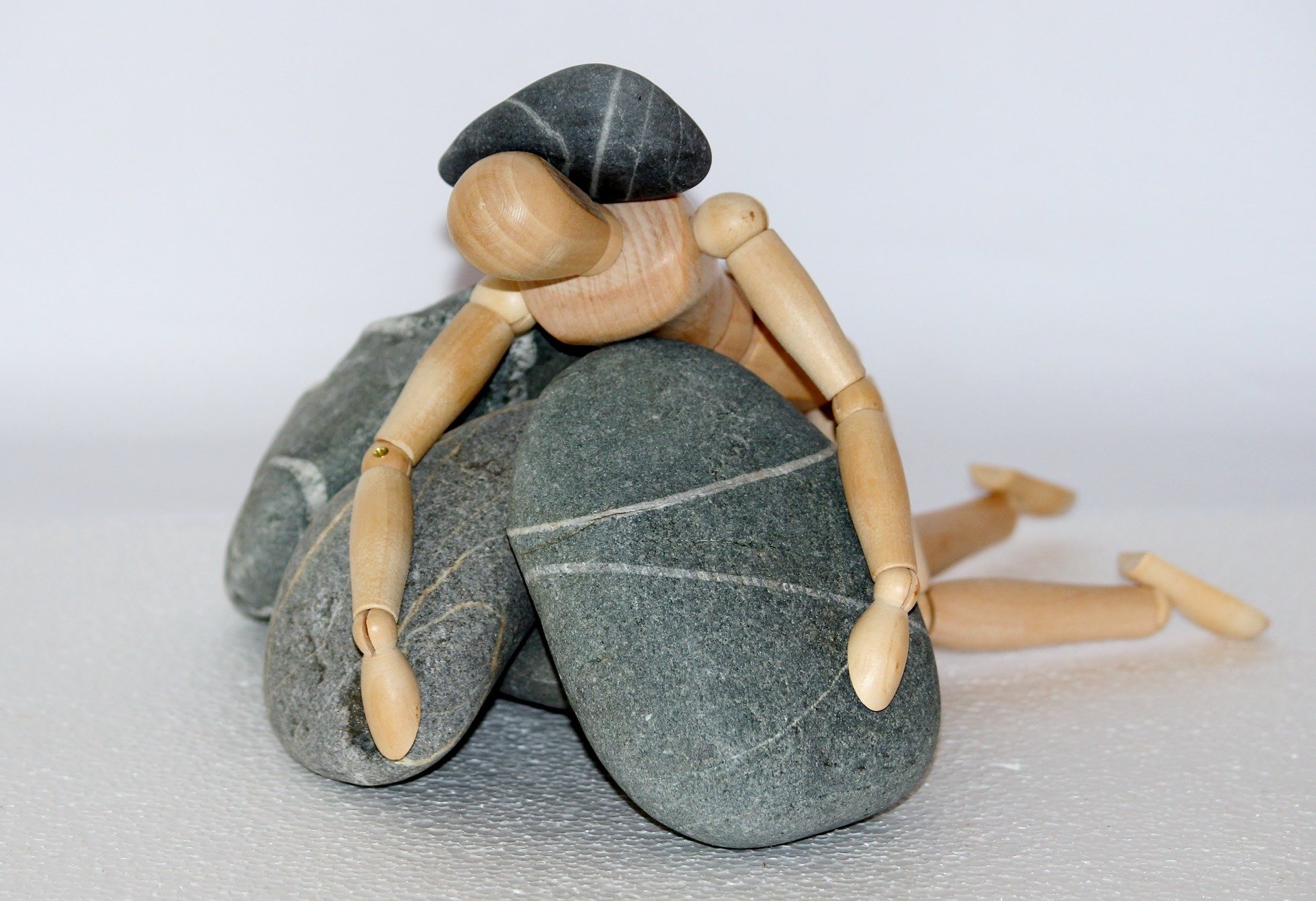 Answer:  Adam fell, as we have all fallen, and there are consequences to choosing evil over good.

First, it’s important for us to remember that doctrines are formulated by men. For instance the doctrine of the fall and original sin are viewed differently in the western church and eastern church. And there is a range of Christian thought about how our fallen nature affects us. Take Gregory, the 4th-century Archbishop of Constantinople, he is well known as a Trinitarian Theologian and still influences modern Christians, Gregory, speaking of infants said, “for of sins of ignorance owing to their tender years they have no account to give”.  Leading people to presume that Gregory did not seem too worried with original sin in the child’s life and that they may be exempt from sin.

However, most Christian theologians recognise that from birth humans have a serious flaw: "Surely I was sinful at birth, sinful from the time my mother conceived me" (Ps 51:5).

Jesus himself made it quite plain: "He did not need anyone to testify concerning man, for He Himself knew what was in man" (John 2:25). We conclude that: according to Jesus, something sinister lurks within us.

Augustine helped develop the doctrine of fallen humanity. It seems that since Irenaeus (in the second century) started talking about the subject of sin resulting from the fall of man, the doctrine has had a spectrum of adherents, from some who think our fallen nature is a slight deficiency, to others who say we are totally depraved. The truth seems to lie somewhere in the middle. We are marred, we have a fault. God told Jeremiah (Jer 18:1-4) to go to the potter’s house and watch him work. The potter marred the first pot that he was making so he made another pot from the same clay. Isaiah put it a slightly different way: "Woe to those who quarrel with their Maker, those who are nothing but potsherds among the potsherds on the ground" (Isa 45:9), a potsherd is a broken piece of clay pot. We are broken clay pots, we were taken from the earth and made useful but have become defective. That’s a good picture of fallen humans, we must be born again because the life we have from our first birth has been marred and broken, so we need, as Jesus put it, new wineskins because the old ones will crack.

Humans have a tendency to veer off-course; we are free agents who can become our own despotic gods. Moses pointed out that “They are not His children, because of their defect” (Deut 32:5). The King James version translates “defect” as “spot,” which is the Hebrew word, too. Humans are marred with a spot or blemish. The reason we have a tendency to veer off-course is because the “spot,” or the "law of sin and death," is at work in our lives. Originally: "God created mankind upright, but they have gone in search of many schemes" (Ecclesiastes 7:29). A piece of fruit that has a blemish will start to erode and rot from that point - Sin works its way through us starting from our blemish.

Paul says, "Although they knew God, they neither glorified him as God nor gave thanks to him, but their thinking became futile and their foolish hearts were darkened" (Romans 1:21). "Therefore God gave them over in the sinful desires of their hearts" (Romans 1:24). That's our fallen nature; we have been "given over" to our sinful desires. "For you have hidden your face from us and have given us over to our sins" (Isa 64:7).

Faith in Christ saves us from the law of sin and death, and the "futile way of life inherited from your forefathers" (1 Peter 1:18) - Jesus had a human mother but not a human father, so he shared in our humanity but did not inherit the flaw or blemish the rest of humanity has. (For more on the "sins of the fathers" being passed from one generation to the next see "Circumcision in Genesis".)

The human "heart is deceitful above all things and beyond cure" (Jer 17:9). Jesus was crushed, bruised and killed because of the flaw. Humanity needed to be thrown out and discarded and Jesus did that on our behalf and was able to do so because he shared our humanity.

Moving on to the state of the universe: Let’s remember that even before humans had learned sin God did not make the world free from sharp corners where humans could hurt themselves, there are cliffs that a person may fall from, there are accidents waiting to happen if we don’t use our reason and try to negotiate difficult situations carefully; we may get injured or injure someone else. The first humans could get hurt just as we can get hurt. Responsibility is given us as a part of being made in God’s image. Let’s say someone is cutting down a tree but doesn't bother to warn people and someone gets hurt when the tree falls - the result of someone being irresponsible, a person's fallen nature has resulted in someone being injured.

Or deceit will hurt people who thought they could trust each other, relationships fail because of infidelity. The tangled web we weave leaves a trail of pain in its wake. So in that sense, human sin has made the world a more treacherous place to live - There are also micro-organisms that can spread among humans. An explosion of bacteria or a virus may occur, sometimes caused by human behaviour that facilitates a disease through unhygienic practices; and other times we’re not sure what brought a disease among us. Or an earthquake may devastate an area. Plus war, criminal behaviour and hundreds of other things go wrong that stop life on earth being as God wills. All of the trouble in the world cannot be attributed to human agencies but some of it can. God allows other things for his own reasons.

The doctrine of the fall includes "we reap what we sow", and God uses the physical world as a reflection of our spiritual state. He teaches us spiritual truths through the mirror of the material world. (I explain this in my book Fishing for Praise). Currently we have been afflicted with the coronavirus.

Job, in the Bible, was also afflicted, but boundaries were put in place so that his affliction could only go so far and no further. Job acted with righteousness and came through his difficulties. If we obey the rules of social distancing that our leaders have put in place, our affliction will only go so far. If obedience is our guide we will be better placed to combat the virus. But if we ignore the advice of medical advisers we risk harm to ourselves and those "at risk" around us. "The integrity of the upright guides them, but the unfaithful are destroyed by their duplicity" (Proverbs 11:3).

The present universe shows us that all is not as it should be; that includes the state of the human soul. We see that man is born to trouble but the trouble can also teach us important lessons. If someone is ill then those who are well have an opportunity to show love and care for the sick person. If there has been a natural disaster then the surrounding people have a duty and responsibility to show care, help and love to those affected.

The danger in the universe alerts us to the fact that humanity is not in the eternal home that God has made for us, we are not ‘there’ yet. The danger and trouble shows us that this universe is temporary. The trouble also allows us to see that we need help, each one of us can cry out to God. Trouble can be what CSLewis called a "severe mercy". That we see things go wrong, and sometimes disastrously wrong, helps warn us of our need.

Jesus has gone to prepare a place for us where disasters, disease and death will be no more. We are presently living in what John in Revelation calls the "old order of things." At present, evil is in the world and creation groans under the weight of reflecting that fact. The universe is predisposed to react negatively to evil; God created it that way. God saw that all he had made was "very good" and part of that goodness was an inbuilt alarm - if humans took an evil course, creation would alert us that something was amiss. Part of the message in Romans 8 is that creation groans under the weight of evil that's done.

God uses creation's groans to guide humans along a righteous course, similar to a sheep dog herding a flock of sheep. When the sheep start to veer off course the dog will run to the far side and nudge them back on course.

The Fall Original Sin
Was The Garden of Eden Story a Parable?
Did Moses Write Genesis?
Is Genesis A Fairy Story?