Did Jesus Say Adam and Eve Were the First Humans? 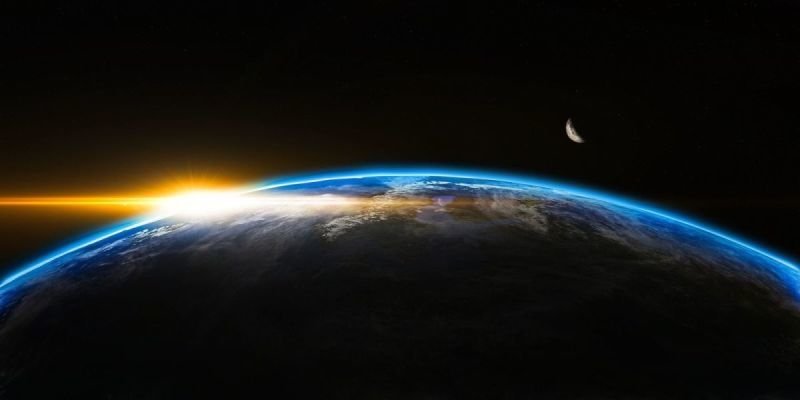 Question: Brian asked about Jesus believing that Adam and Eve were the first people because Jesus said in Mark 10:6-7 “from the beginning of the creation God made them male and female. For this cause shall a man leave his father and mother, and cleave to his wife.” Jesus also said in Matt 19:4-5 “Have ye not read, that he which made them at the beginning made them male and female, And said, For this cause shall a man leave father and mother, and shall cleave to his wife: and they twain shall be one flesh?”

Answer: Jesus does not talk about Adam and Eve being the first people in these Scriptures. Jesus first quotes from Genesis 1 “God made them male and female” which is referring to Genesis 1:27. “So God made mankind in his image… male and female.” This is the Palaeolithic age. The word "mankind" is “adam” in Hebrew and is a plural word in Genesis chapter 1, like “human” can be plural - I am human, we are human. Adam in Genesis chapter 1 is plural, and the men and women in Genesis chapter 1 loved each other and were told to be fruitful. They needed no command to be faithful because they had not yet fallen. Faithfulness held each couple together and families were raised.

The Lord was pleased with early humanity, his wisdom rejoiced in human beings - "Rejoicing in the world, His earth, And having my delight in the sons of men" (Prov 8:31).

God's displeasure is now upon fallen humanity -  "Fornication, uncleanness, inordinate affection, evil concupiscence, and covetousness, which is idolatry: For which things' sake the wrath of God cometh on the children of disobedience" (Col 3:5-6).

Adam (the man – singular) in Genesis chapter 2 (in the Neolithic age) started the process of Christ’s genetic line through whom mankind would be redeemed. Mankind had fallen and faithfulness was no longer a priority for human beings so God gave us a command. When Moses, the narrator of Genesis, informs us that the Lord God made a woman from a man’s rib he took that opportunity, inspired by the Holy Spirit, to tell us that we should “cleave to our wives.” The seventh commandment reminds us of this charge: “You shall not commit adultery" (Exod 20:14).

In a similar way those who receive Christ take their place in the work in God - "to all who did receive him, to those who believed in his name, he gave the right to become children of God— children born not of natural descent, nor of human decision or a husband’s will, but born of God" (John 1:12-13).

The distinction between humans created in the beginning in Genesis 1 and Adam and Eve in Genesis 2 can be been clearly seen. Justyn Martyr's writings are helpful source of information about early Christian thought. (Justin was born around 100 years after the birth of Christ.) He writes concerning Isaiah's prophecy of Christ's virgin birth:

"For if He also were to be begotten of sexual intercourse, like all other first-born sons, why did God say that He would give a sign which is not common to all the first-born sons? But that which is truly a sign, and which was to be made trustworthy to mankind, - namely, that the first-begotten of all creation should become incarnate by the Virgin's womb, and be a child, - this he anticipated by the Spirit of prophecy, and predicted it, as I have repeated to you, in various ways; in order that, when the event should take place, it might be known as the operation of the power and will of the Maker of all things; just as Eve was made from one of Adam's ribs, and as all living beings were created in the beginning by the word of God." (Dialogue with Trypho, Ch 84).

Jesus clearly quotes first from Genesis 1 and then he reminds us of the command issued in Genesis 2. Jesus doesn’t actually mention Adam and Eve in Mark 10:6-7 and Matt 19:4-5.