Why Would Moses Be On The Far Side Of The Wilderness? 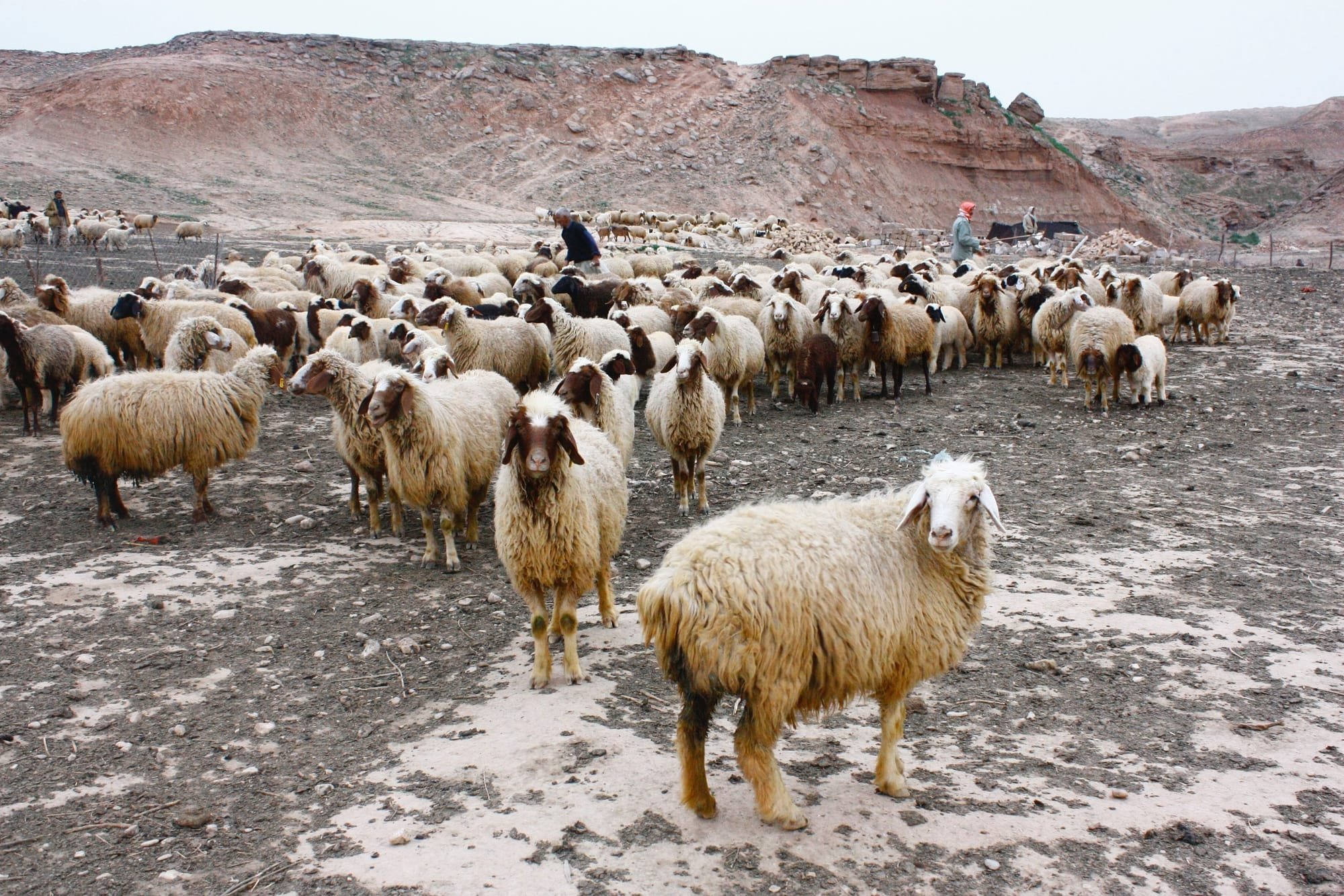 Question: Why was Moses on the west side of the Sinai Peninsula? It seems a long way to go just to graze sheep.

Answer: Reuel, Moses's father-in-law, appears to retire or die and his son Jethro takes over the family business. Some decades later we find that Jethro is now the man in charge. English Bibles refer to Jethro as Moses’s father-in-law, but the Hebrew word used for father-in-law can be used of brother-in-law as well. The word has a wider application here, so Jethro was probably of a similar age to Moses and the two men were close confidants, relatives, and friends.

Four decades passed, and Moses must have felt quite settled in Midian. Moses played his part in the family business as a herdsman. Sheep and goats were the likely candidates for the flocks that Jethro’s family traded in.

We know from archaeological expeditions that the supervisors of the mine at Timna made sure their workers were well fed.  “Somebody took care that these people were eating well,” said Erez Ben-Yosef, an archaeologist from Tel Aviv University. Sheep and goats were on the menu, their bones have been found with butchering marks on them. Other food was also prepared, some of which had to be imported from the Mediterranean Sea.

A network of food distributors crisscrossed the landscape. There would have to be an infrastructure of which Jethro’s family business was probably a part. Moses had a reason for leading one of Jethro’s flocks from Midian to the far side of the Sinai Peninsula.

The link between the two areas is mining: the mine in Timna, situated very close to where Jethro’s family lived, and the mine at Serabit el-Khadim on the far side of the wilderness from where Midian was located.

The route between the two areas stretches some distance, and is not the easiest to traverse. The terrain of the Sinai Peninsula is not the place a shepherd would naturally take his flock for grazing. There was a reason Moses took his flock on a 116-mile journey and the reason may well have been that the animals accompanying him were part of a trade agreement.

The mineworkers at Serabit el-Khadim also needed food and Moses was a small part of the distribution process.

Near the mountain called Serabit el-Khadim are two other mountains in close proximity to each other, with a sandy area nestled between them.

The two other mountains, Jabal Sāniyah and Jabal Ghorâbi, reside near Serabit el-Khadim. Jabal or Gebel means mountain and it’s used in some Arabic place names. Linguistically Jabal Sāniyah is similar to Mount Sinai, and Jabal Ghorâbi has a name that is close to Mount Horeb. Exodus 3:1 tells us that Moses came to a mountain called Horeb. If Jabal Ghorâbi is Horeb then it is located close to the sandy area that travellers would naturally walk through.

The sandy area could be Rephidim - "All the congregation of the children of Israel journeyed from the wilderness of Sin, after their journeys, according to the commandment of the LORD, and pitched in Rephidim: and there was no water for the people to drink" (Exod 17:10).

See Where Is Mount Sinai for more on Rephidim.