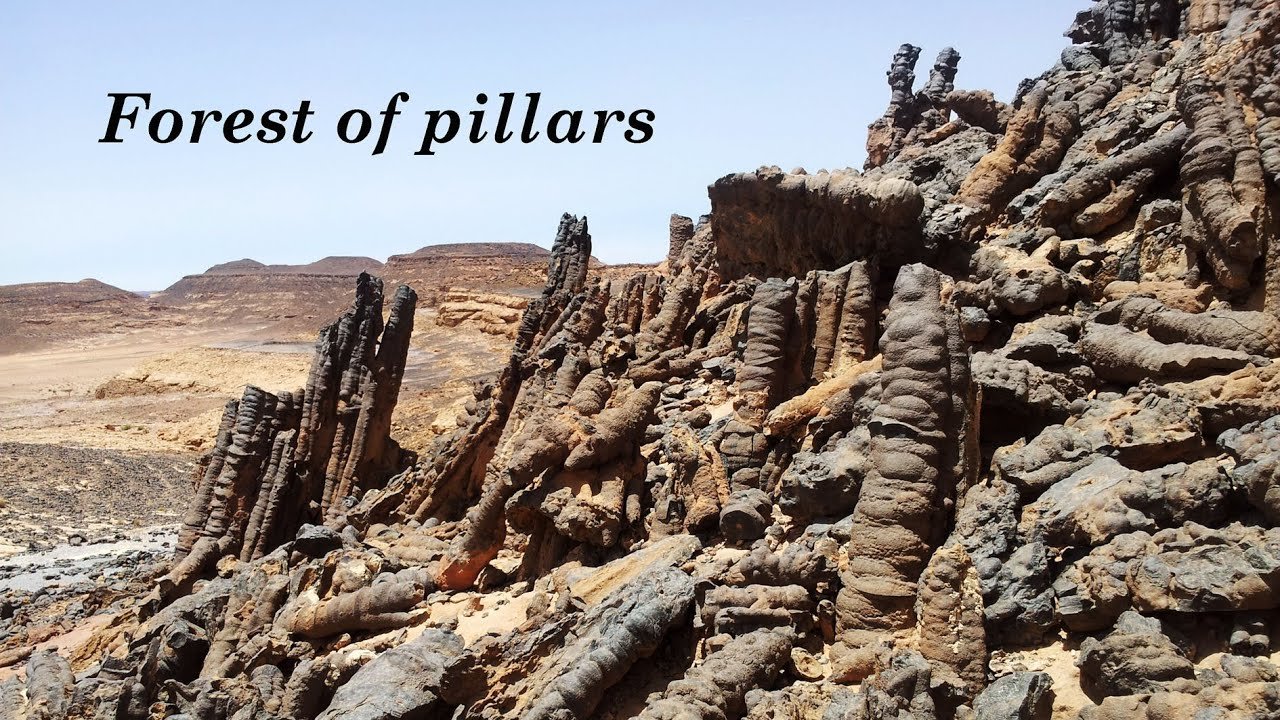 Question: Do you think there is anything biblically significant in the Sinai's weird phenomena “The Forest of Pillars”?

Answer: I have thought about these tubular twisted pillars before. Tourist information say the pillars are either a collection of petrified tree stumps or lava from a volcanic eruption sometime in the past. However, people who've seen the cylindrical tubes say they look and feel more like ferrous (iron-based) tubes.

Not too long ago Dr Bonnie M Sampsell, who has studied Egyptology, archaeology, and geology said of the forest of pillars “The rocks in Gebel Fusa are composed of hematite (a form of iron oxide). The iron oxide was dissolved out of the sandstone bedrock, to which it imparts a reddish colour, by hot water emerging from deep in the earth. As the water reached the surface and cooled, the iron oxide precipitated in a ring around each source, forming a tube.”

Dr Sampsell mentions water which will immediately be of interest to the Bible student because water from the Sinai desert is reported in the book of Exodus. Ex 17:6 “Behold, I will stand before thee there upon the rock in Horeb; and thou shalt smite the rock, and there shall come water out of it, that the people may drink. And Moses did so in the sight of the elders of Israel.”

The location of the pillars seems to be on the same strip of land (Rephidim) where the Israelites would have been camped at the time they were in need of water.

"He led you through the great and terrible wilderness, with its fiery serpents and scorpions and thirsty ground where there was no water; He brought water for you out of the rock of flint" (Deut 8:15).

Moses
Exodus - Did They Leave Morning or Night?
First and Second Commandments
Is Pentecost Counted From the Passover?