Leslie and Paul talk about Dinosaurs 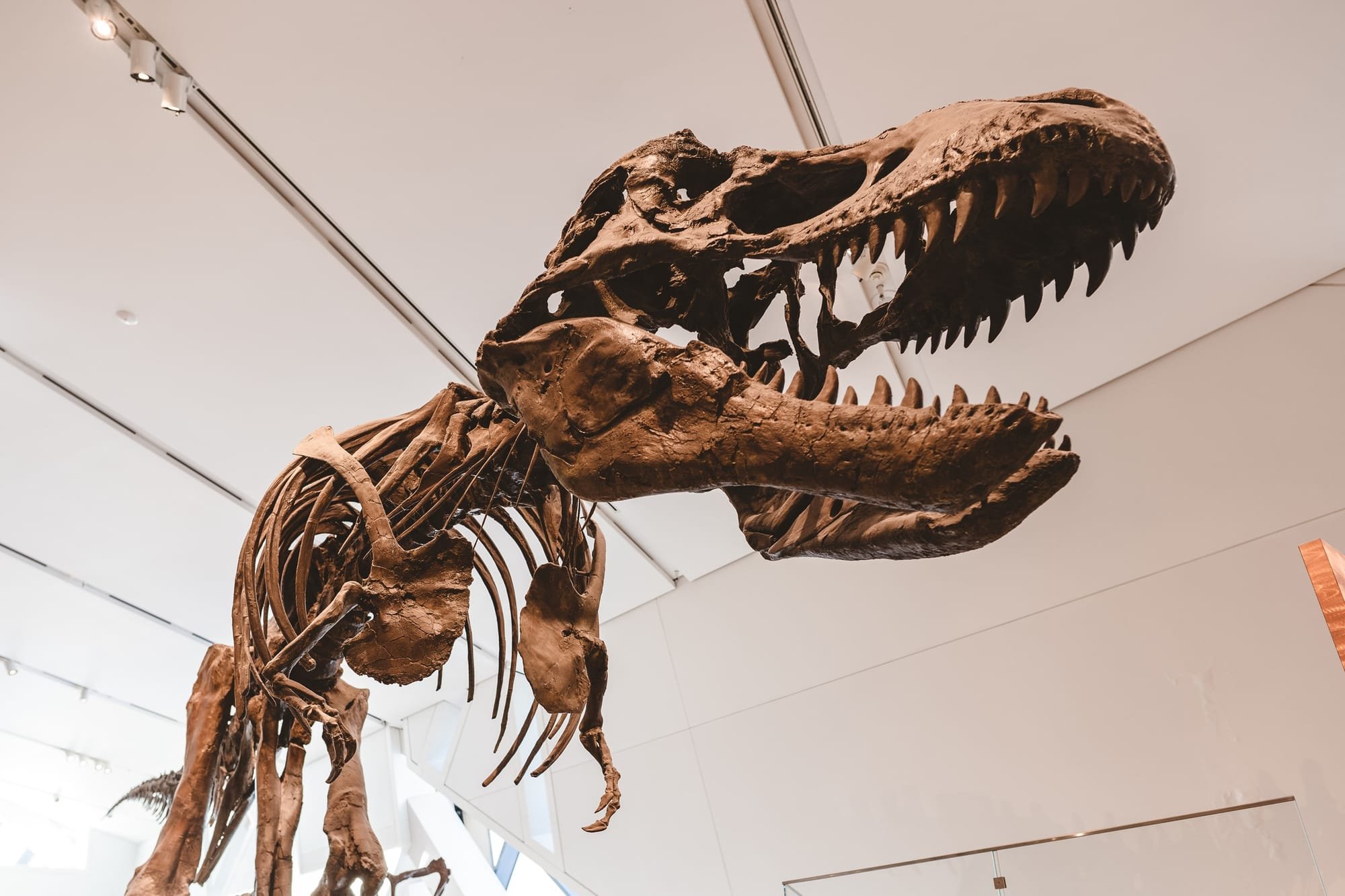 Leslie and Paul had some dialogue about soft tissue in dinosaurs, the proposition made by Leslie was, "Original tissues and carbon-14 can’t last millions of years, yet they are found in dinosaur fossils."

Paul: Mary Schweitzer, the molecular palaeontologist, who first discovered the dinosaur soft tissue, is a Christian. Some people have tried to use Mary’s data to support their view of a young universe, leaving Mary horrified. Mary supports the scientific data and the overwhelming evidence supporting evolution and earth's great antiquity. Some people accuse her of hiding the true meaning of her data, but for her science and faith go together.

Mary has gone on to explain why the iron in the blood of the dinosaur may help to preserve it. Atoms in organic tissue may not degrade if there are no microbes to feed on the organic matter. Scientists had previously thought proteins that make up soft tissue should degrade in less than 1 million years but they are learning all the time. After the death of the dinosaur, the iron in the minuscule iron nanoparticles generates free radicals, which are highly reactive molecules. The free radicals cause proteins and cell membranes to tie in knots, they basically act like formaldehyde. Formaldehyde, of course, preserves tissue. There are other factors too, the surrounding material the fossil is buried in etc. The bones of these dinosaurs were not scattered, suggesting they were buried quickly. They are also buried in sandstone, which is porous and may wick away bacteria and reactive enzymes that would otherwise degrade the bone.

Moving on to the carbon-14 issue:

Carbon-14 has a half-life of 5,730 years, which means it is useful for dating organic remains up to 45,000 years old. So if dinosaurs lived around 65 million years ago there shouldn’t be any carbon-14 left in them. So, let's have a think about this.

There is some serious doubt about the carbon-14 found in dinosaur remains, the evidence for it seems dubious and scant. However, a similar scenario would be petroleum and coal in which the carbon-14 should have long since decayed, and yet a small amount of carbon-14 is sometimes found in them. The amount of carbon-14 dates the petroleum and coal at 40,000 years, yet scientists explain that according to other dating methods the fossil-fuels are much older than that. One reason why carbon-14 is found in fossil-fuels is because it’s very hard to keep bacteria away from specimens being dated: fungal and bacterial activity is particularly likely in warm, damp coal exposed to air resulting in the carbon-14 readings. Also carbon-14 in fossil-fuels can have crept in some other way such as underground sources of radiation - native radioactive elements can create new carbon-14.

Leslie: You make some interesting comments and I wondered during the 50s & 60s how did the Christians relate the scriptures and scientific issues? How did the Scopes trial affect that and what view of creation started appearing as a result?

Paul: In the last century Christians in the UK talked about creation, and there were several points of view; the debates were predominantly friendly. The general tone of them was, "So knowing what we know now from science and geology, how does Genesis chapter 1 relate to people?" The gap theory was mentioned for a short time, and previous races on earth were sometimes thought about but nothing concrete, they were musings. People seemed to understand that God has revealed creation in Genesis chapter 1 in an understandable way, but now that science is progressing we are beginning to understand the details of how God created the universe - His modus operandi.

As time went by the "seven solar days" theory became fairly insistent in its approach. The people who preached this message didn't always have the "give and take" that had been held in the previous decades. The magazines they wrote would sometimes intimate that unless you believed Genesis chapter 1 the way they proclaimed it, then you didn't really believe the gospel properly, or that you were being a hindrance to the gospel message.

Now the "hindrance" may be the other way round. The "hard-sell" technique of the young universe viewpoint may have caused a few young people to avoid the decision of becoming a Christian. Young people may think, "I like the Christian message, but there's no way, you can expect me to reject science." Young people can be hindered in their walk towards faith because of the public perception that Christians believe "science" has been hijacked. Some members of the public do seem to think that Christians must believe Genesis chapter 1 the way the young earth protagonists teach it. An atheist friend of mine recently apologised to me for mentioning "billions of years in the past." I was happy to explain to him that science holds true for all people, including people with faith in Christ.

I'm sure there are a number of reasons why young people are missing in church these days, and the public perception that Christians reject mainstream science may be one of them. I wrote an article for the Baptist Times recently about the lack of young people in our churches. The Secular Society has picked up on this trend of young people missing from church, and wrote about it on their web site, quite gleefully.

The Scopes trial made certain people look like they were uniformed, and a bit of a laughing stock to the rest of the world. So they came out fighting with an aggressive approach, saying they really knew all about science and that science does fit in with their scriptural slant. Of course, a high degree of manoeuvering and movement within physics, geology, archaeology and palaeontology needs to be done to get a resemblance of their view of Genesis chapter 1 with the facts.

In Karen Armstrong's book, "The Bible The Biography" she talks about the Scopes trial as being a turning point for the state we are in today regarding Genesis chapter 1. She states, (After the Scopes trial,) "The press denounced the fundamentalists as hopeless anachronisms. When fundamentalist movements are attacked they usually become more extreme. After the Scopes trial they became more vehemently literal in their interpretation of scripture and creation science became the flagship of their movement."